Sound Design / Project: Drawnimal / Featured in the Apple Spot Parenthood in 2014 / App of the Week & Best of 2013 in the AppStore

Hello, my name is Ulrich Troyer. I am a composer, musician and sound designer who is running the 4Bit Studio since 2001. I've specialized in using analogue synthesizers and effects combined with traditional instruments and everyday sounds to create sound design & music. 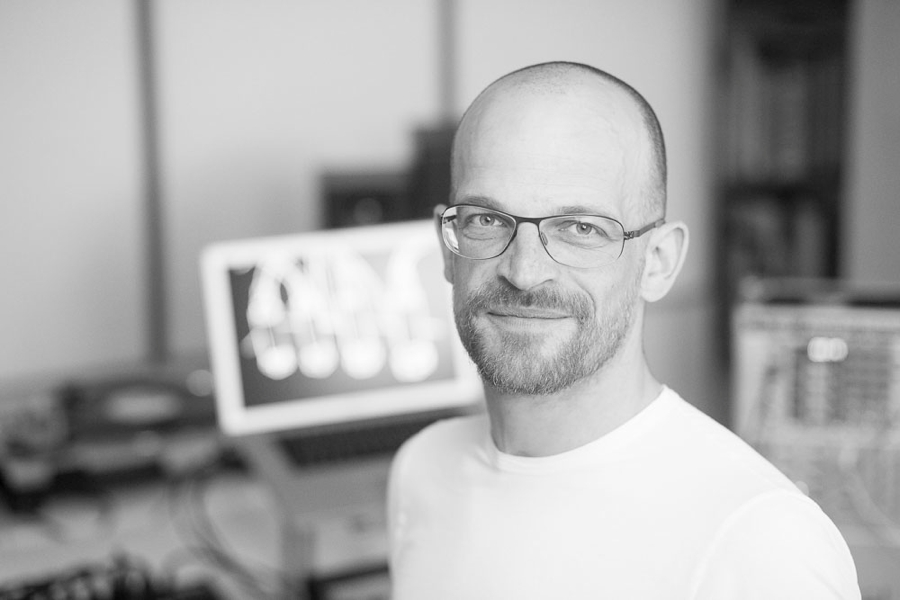 If you are interested in my music released since 2000 you can listen, download & buy Vinyl, CD's & merch at my record label's website www.4bitproductions.com or stream my complete discography on Apple Music, Spotify, Tidal or your favorite streaming-platform (browse for "Ulrich Troyer"). Further information about releases, current live-dates and DJ-Sets you can find on my personal website www.ulrichtroyer.com

My favorite tools for creating music & sound design are analogue synthesizers and keyboards. I love to add reverb, filter- and delay-effects to create organic textures and surprising sound effects.

When recording foley work and sound design effects, I like to improvise to the picture and use these recordings as basis for more detailed edits to the picture later on. The final sound design is a combination of live-recordings and synthesized sounds, multi-layered and manipulated in the computer to sculpt the final organic and unique sound effect.

“Absolutely fab.“
- The Guardian on LOOPIMAL

“And parents can exhale: Austrian composer Ulrich Troyer designed and composed all of BANDIMAL’s sounds in the key of C and around the pentatonic scale, imbuing all its outputs with a pleasant quality.“
- Vulture.com on BANDIMAL

“BANDIMAL is a terrific app for young kids to experiment with music and rhythm. With an intuitive interface, kids can create great-sounding tunes without needing to possess any musical knowledge. The melodies have an upbeat, electronic feel, and kids will surely giggle at the sight of the animals getting stretched and squished to match the beat. Highly recommended.“
- Geeks With Juniors, Blog

“The other bit of brilliance inside the app is that you can’t make anything that sounds bad. Ulrich Troyer designed the entire sonic experience around the sharps-and-flats-less key of C and the pentatonic scale (which features five notes rather than the typical seven you know from minor or major scales). As a result, creating dissonance is impossible. Such a framework takes rule-bending, jazz creations off the table, but then again, it lets you score a whale, panda, and a chicken together with ease. At the end of the day, what could be more fun than that?“
- Mark Wilson on BANDIMAL, Fastcodesign

DEADLOCK VERSIONS featured as #10 in the Top 10 DUB & REGGAE columnists' charts of 2015
- Steve Barker, THE WIRE

"Ulrich is an incredibly talented composer, an excellent manager and a great person. He is well organized, insanely creative and it is a real pleasure to work with him."
- Denis Alenti / Producer, Author, Director @ Recircle Animation Studio (Zagreb, Croatia)

Get in touch via Email

I look forward to hearing from you!